The Only Way to Cast a Play (Solares Hill)

The Only Way to Cast a Play (Solares Hill)

One of the most extraordinary evenings of theater ever experienced by this correspondent occurred last week.

It opened with an email from Danny Weathers, artistic director at Waterfront Playhouse.

“We’ve just received the rights to do ‘August: Osage County’ next season,” he wrote. The play is “funny, harrowing and hugely entertaining.” It won a Pulitzer Prize and Tony Award, it’s “the most outstanding play of the last decade and has been the buzz of the theater world since. This is a big deal for us.”

Big enough for Danny to ask Solares Hill to sit in on Tuesday’s first auditions for the Key West production, slated for December. This is a play that will run three hours, with two intermissions, and include a multi-level set featuring a three-story Oklahoma house. It will also involve the artistry and sheer emotional heat of a cast of 13, which is the potent part we were invited to witness.

“All roles are open,” went the ad. “All roles are paid.” That brought out 40 people to the empty playhouse at Mallory Square in the late afternoon.

Tracy Letts, born on July 4, 1965 in Tulsa, is a prodigious and phenomenal artist. Aside from the ones he has written himself he has acted in 17 plays, plus eight TV shows and five movies. “August: Osage County” (which sounds like a stage direction and probably is) has played on Broadway and was a hit in London. It’s the story of an extended family whose patriarch, a published poet and alcoholic, has disappeared, leaving the family’s matriarch, herself addicted to pills, and an uncontrollable control freak, in the lurch.

Letts’ own, late father was a college professor and his mother, the writer Billie Letts, has said, “I try to be upbeat and funny but everybody in Tracy’s stories gets naked or dead.” The family in “August” is hiding the deepest secret of all, a situation not completely unknown in America’s incestuous hinterland and here hidden even from the innocents involved.

Are we ready for this? The crowd of “August” wannabees began assembling in the auditorium, the director greeting them and being greeted. Many he knew: “Oh, hi!” Some he didn’t: “Hi, I’m Danny Weathers.” He would be assisted this evening by Mary Falconer, an accomplished actor who ended up reading many of the roles herself to support the tryouts. Some of those auditioning would be trying out for more than one part. From these 40 individuals, the director would select the six men and seven women that he needed.

Each actor was given a script from which to read. “There’s no acting involved here,” announced Danny. “Just be honest.” He advised them on the accents. “Google the senator from Oklahoma, Tom Coburn, and listen to his voice. I hate him but that’s the accent.” (Danny himself was born in Tulsa, where his father was a preacher; the family left when he was five.)

He then told everybody to depart from the auditorium and await their turn in the lobby, transforming it instantly into the waiting room of hell. A leggy young lady let forth a big, big sneeze as she rose to leave. “That’s the starting bell,” she said.

Two young women (one of them the sneezer) tried out for the parts of the teenage granddaughter and the American Indian housekeeper. The younger actress was sweetly realistic, especially when exhaling a phantom lungful of pot smoke and also in reacting to a Cheyenne necklace that contained, said the housekeeper, a part of her own umbilical cord.

“Nice, ladies,” said Danny. To the younger one he added, “Fight against your feelings.” To the slightly older one, “Reach out to her.”

The two then tried that out and it worked. While the teen termed her mother “hymen control” and her father’s secret girlfriend “Lo-li-ta,” the housekeeper warmed to her rather than chilled. We watched as, in just a few seconds, their parts were freshly molded and crafted into a more resonant echo of the roles.

Now was the turn of two other parts, the eldest daughter and her husband and the cringe that one feels at a truth too close to the bone. “I cop to being a narcissist,” says the husband. “I come from a narcissistic generation.” Just how disastrously so is revealed when the audition switches to the eldest daughter — the teen’s mother — and another character altogether, the sheriff who harbors the hots for her. After labeling her daughter a nymphomaniac, mom goes on to explain that she and her husband named the girl Jean after the actress Jean Seberg — “now that’s ironic.”

The play started to come into strange relief as the script let slip these teasing fragments, even as the auditions revealed new sides to its characters.

With the director trying out several actors for the same part, we saw the real range of human nature as each individual actor read in his or her own way the one character they were all playing.

The tryout actors themselves were quite different from each other — different in size and different in temperament with different clothes, different ankle tattoos, different hair (“What have you done with your hair?” goes the script. “I had it straightened,” replies an actor with a head full of curls).

Yet these different actors, by clothing the characters in their own way and, too, bringing out unseen sides to themselves, were revealing depths to the parts than even the author may not have anticipated. This created a truly amazing dose of theater for this audience of one and the play may never seem the same again, but that’s OK.

A particular scene went around and around, cauterizing itself into consciousness as various actors tried out for a variety of parts. It went on and on about the “burning of the books,” an immolation committed over and over by the patriarch until the image of the bonfire was scorched into the brain, an inflammatory backdrop to characters who kept invoking it as either heinous or heartening. A fire that smoldered all night.

“There’s something that happens in this house,” said Danny. “Secrets come out, ugly ones. It’s August in Oklahoma, brutally hot. Emotions are on the boil. There’s heat from underneath, not just the temperature in the room.”

“And she’s menopausal,” added Falconer about a character she was playing to.

Then there was the callback crisis. The actors had given their all and now — what?

The querulous response: “So you’re going to call me, right?”

The proactive one: “Call me, I’ll come back.”

The resigned one: “Good, now I can go home and eat some dinner.”

The fact is, there aren’t enough parts for everyone. “If there was a way to cast a play without auditions I’d do it,” Danny declared. “Everyone’s nervous. Musical auditions are the worst! I used to call everybody —”

“Now I explain myself better by email.”

The auditions still underway, we retreated through the gloom of hell’s waiting room and into the night outside. There we watched as, just inside the fence to the Sculpture Garden, a young woman hunched over, reading aloud to herself the lines of the part she was about to try for. They seemed wild lines and, to passersby, she was obviously mad. Whipping herself with words of crazed intensity, her heart bled over the bricks beneath her that memorialized the beloved and the dead.

Ah, theater — worth every minute!

The Only Way to Cast a Play 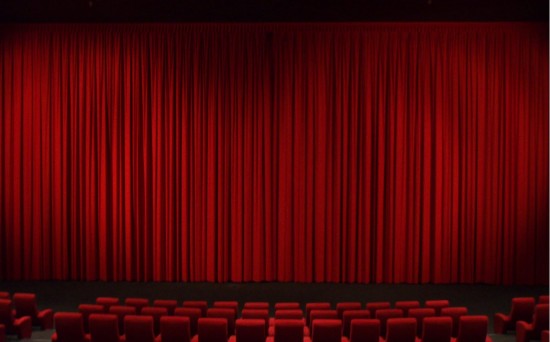 Don’t Wait! Reserve Your Tickets To This Year’s Gala Today!!! 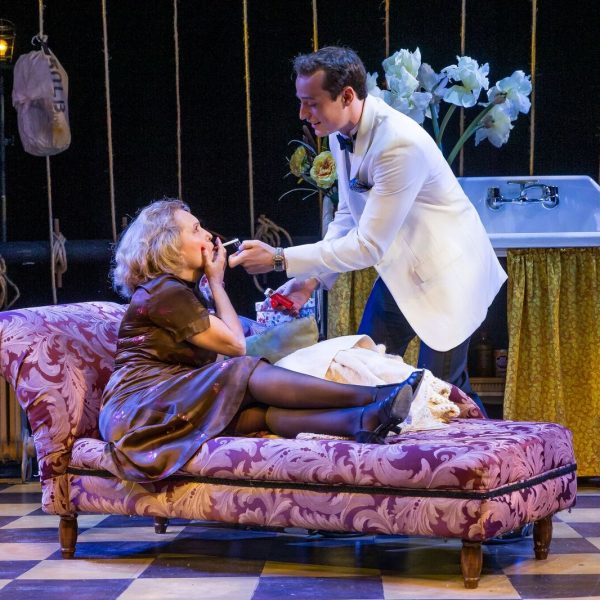 Are You Ready For Glass?