The Waterfront Playhouse, along with the inimitable Mrs. Robinson, want to seduce you with the upcoming production of “The Graduate.”

A cult novel and a landmark Hollywood film, “The Graduate” was adapted in 2000 into a stage play and became a smash-hit comedy on Broadway and the West End. After a successful national tour, the Key West Players are one of the first theatres in South Florida to be granted the rights to the play. Directed by award-winning director Rich Simone, the production runs Dec. 21-Jan. 14 with a curtain of 8 p.m.

Cited by The New York Times as “one of the best social satires we’ve ever had.” “The Graduate” tells the story of Benjamin Braddock, a successful college graduate who returns to his family home, unable to decide what to do with his future. Disillusioned and confused by the adult world around him, he is seduced by Mrs. Robinson, the frustrated wife of his father’s business partner. They embark on a chaotic and hilarious affair that totally goes awry when Benjamin falls in love with Mrs. Robinson’s daughter, Elaine.

The enduring popularity of “The Graduate” comes from its classic generation-gap story, iconic roles, innovative imagery and memorable dialogue. The stage adaptation by Terry Johnson has all of these elements, but he has also written a few new twists. The play also features many of Simon and Garfunkel’s great songs, as well as other hits from the ’60s, the time period in which the play is set.

Simone recently returned to Key West after a very successful stint as executive artistic and technical director of The Miami Shores Performing Arts Theatre. Several of his productions won Carbonell awards. Some of his hits were “Crimes of the Heart,” “Bat Boy,” “The Rocky Horror Show” (which he will be directing at the Red Barn in the spring) and “Blood Brothers.” He recently directed the Keys Kids production of “Grease” and has many projects lined up for the coming season.

Featured in the role of Mrs. Robinson is Diana Verlain, who has appeared locally in “The Memory of Water,” “Proof,” “Ancestral Voices” and several Key West Theatre Festival plays. Playing Benjamin will be Brad Burgess, who appeared to great acclaim in the Waterfront’s production of “Equus.” He now lives in New York City and has returned for this role. The part of Elaine will be played by Kyla Runkle, one of the featured dancers in the Brazen Hussies. Other cast members include such Key West favorites as George Murphy and Gerri Louise Gates as the parents of Benjamin, Earl Halbe as Mr. Robinson and Tom Robinson, Kim Sklar and Bill Wheeler in a multitude of featured roles.

Michael Boyer, the Waterfront’s technical director, will bring his artistry to creating a world that reflects the look of Southern California in the ’60s. The period costumes will be designed by award-winning South Florida costumer Meredith Lasher, who has been brought in for this production. Simone will design the evocative lighting.

“The Graduate” has an audience advisory of adult situations and nudity.

Opening night is Dec. 21 and will feature an opening-night party sponsored through a generous donation from Bunnie Smith. Held in the courtyard of the theatre, the party will be catered by Jennifer Cornell of Small Chef At Large with libations available from Bartenders At Large from Paradise Liquors.

Tickets for the opening night performance and party are $35, with all other performances at $30.

Tickets can be purchased through the box office at (305) 294-5015 or on line at www.waterfrontplayhouse.com. A local’s special and group discounts are available.

For information on money-saving season subscriptions, call the box office or visit the Web site.

There will be no performances of “The Graduate” on Christmas Eve or Christmas. The production will play Dec. 26-31, then Tuesday through Saturday the following two weeks. 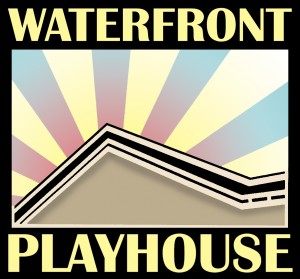