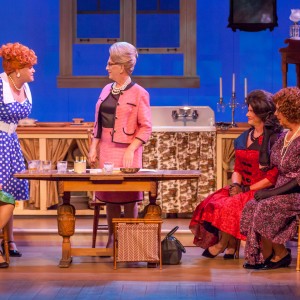 By Diane Johnson Dramatic, provocative and poignant Casa Valentina is an eye opener into a secret world. Written by the […] 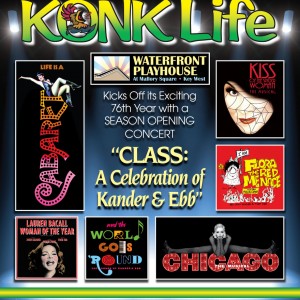 Review of “Class: A Tribute to Kander & Ebb”

By Harry Schroeder The Waterfront Playhouse put on its fall musical anthology last weekend, entitled “Class: A Celebration of Kander […] 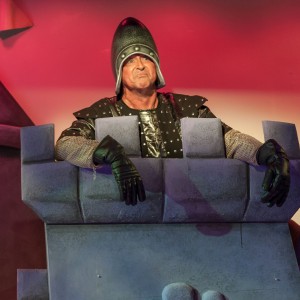 By Diane Johnson Powerful, contemporary and infused with love the dramatic production “Next Fall” is now playing at the Waterfront […]

“Noises Off” Will Put You on the Floor — Laughing (Konk Life)

By Diane Johnson Noises Off is a hilarious backstage comedy now playing at the Waterfront Playhouse. Danny Weathers directs a […] 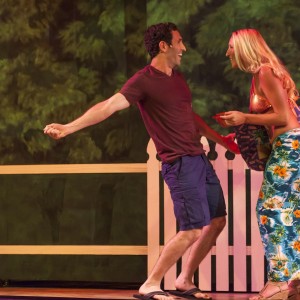 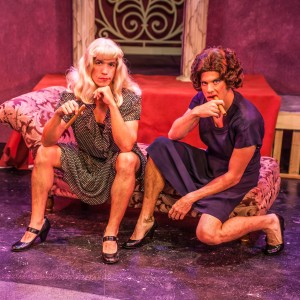 By Lucy Komisar Question: Why is Key West a premier place for entertainment? After all, it’s way at the bottom […] 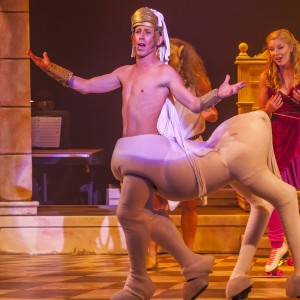 Bursting with music, magic and romance “Xanadu” is great entertainment! This zany musical comedy is full of fun and feel good vibes.

Danny Weathers directs a talented cast and brings out the playful vitality of the actors as they sing and dance their way across the stage for a full 90 minutes with no intermission. Contemporary humor is woven throughout the dialogue. “Xanadu” combines the unlikely pairing of Greek mythology and roller skating disco. Imagine cabernet and cracker jacks, unique and just delicious.

The setting begins in Venice Beach, California in the 1980’s. Brian Hall makes his debut in Key West as Sonny, a frustrated artist who is contemplating suicide. He is saved when Clio, a muse emerges out of his chalk mural. What he didn’t bargain for was dealing with all seven of her sister muses, who also emerge from the mural!

Vicki Rousch and Laurie Breakwell are the two evil sisters, Calliope and Melpomene who conspire to get their little sister Clio in trouble with Zeus by casting a spell to make her fall in love with a mortal. The chemistry between these two sisters is infectious and they are hilarious. Kara Krichman plays Clio the beautiful muse turned roller-skater singing diva, whose accents range from Southern belle to Australian. Her gentle innocence is a lovely counter balance to the evil sisters, as she plays the mortal role of Kira.

Tom Luna is Danny, a successful businessman and Zeus, King of the Gods. Tom is a talented actor, who can still tap dance and belt out a song despite his 60 years. His character, Danny, represents the guy who puts money before love and of course comes to regret that decision. The other sister muses are played by: Jessica Miano Kruel, Rhett Kalman, Stephanie Sander and Chris Tanner. Interestingly, each muse represents a different body of knowledge such as: art, dance, song, poetry, tragedy, literature and love.

The musical numbers ranged from old time favorites by The Andrew Sisters to the 1980’s beat of songs like “Evil Woman.” This fast paced production features 14 musical numbers, each with their own choreography and costumes. Trish Manly, the Stage Manager does an amazing job of coordinating everything. The singing, dancing and roller-skating were beautifully executed with guidance from Penny Leto and Christine Marguerite, who did an incredible job with complex choreography on a small stage! Kudos to Kurt Alger, Carmen Rodriguez and Leigh Hooten, for their beautiful costumes and managing the many changes.

“Xanadu” is a joyful celebration of romance and fun, which delighted the audience and had them on their feet before the final number even finished. Everyone left the theatre with a smile on their face. 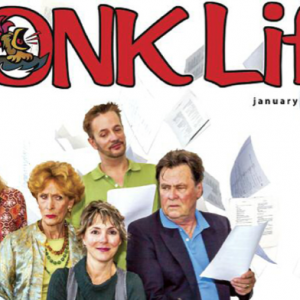 One of the most celebrated plays of the decade is now playing at the Waterfront Playhouse in Key West. “Other Desert Cities” is “filled with humor, sensitivity and invigorating anger.” Get your tickets now before it sells out. Runs through February 15 only. 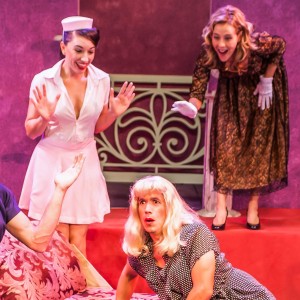 “Leading Ladies” Is a Riot at Waterfront Playhouse (Konk Life)

Reviewed by Mark Howell Uncork the Champagne … take delight in the bubbles! Danny Weathers has done it again. In […]